Two weeks ago, I returned to Montreal after spending a few days on #1492LandBackLane. If you don’t know what that is, that’s probably because the media doesn’t give it much coverage… which isn’t very surprising, coming from them. Essentially, it’s the Six Nations of the Grand River community, as well as their allies from all over so-called Canada. Together, they’re demanding that the Mackenzie Meadows company immediately stop real estate development on the Haudenosaunee people’s ancestral territory. 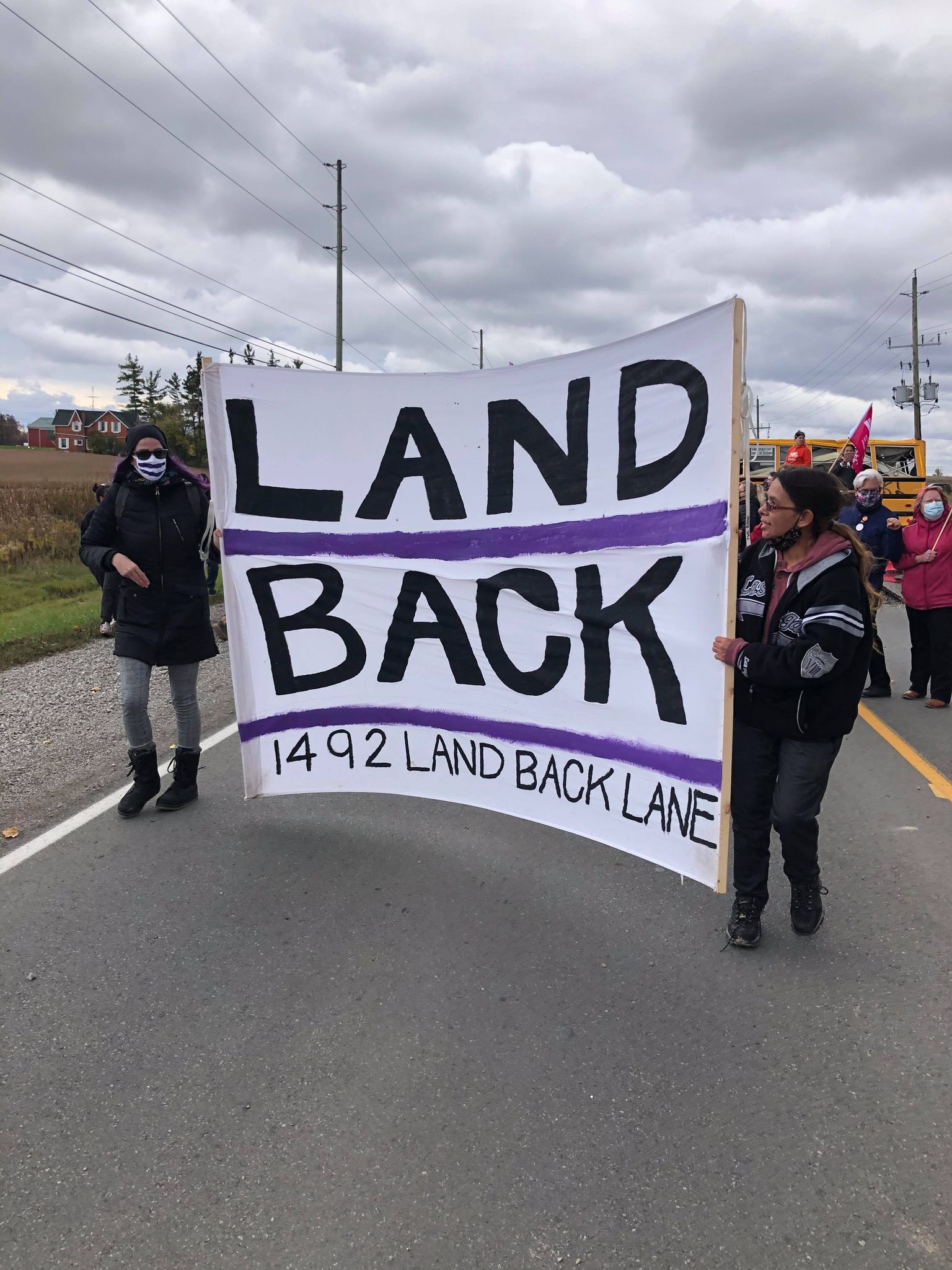 This has been going on for a hundred days already… The mobilization began on July 19th, to be specific. The police and military repression on the Haudenosaunee territory is very intense and unfortunately it intensifies every week. Every day I was there, helicopters and drones flew overhead. People who leave are often questioned and even intimidated on their way out. To date, there have been more than thirty arrests, with nearly eighty total charges. That’s exactly why we need the most people possible to help protect those who are there.

A few weeks ago, as negotiations with the government were being prepared, the community at #1492LandBackLane decided to remove various roadblocks as an act of good faith and to show that they were ready to discuss peacefully and calmly. Unfortunately, as you might guess, things didn’t unfold as they’d hoped. 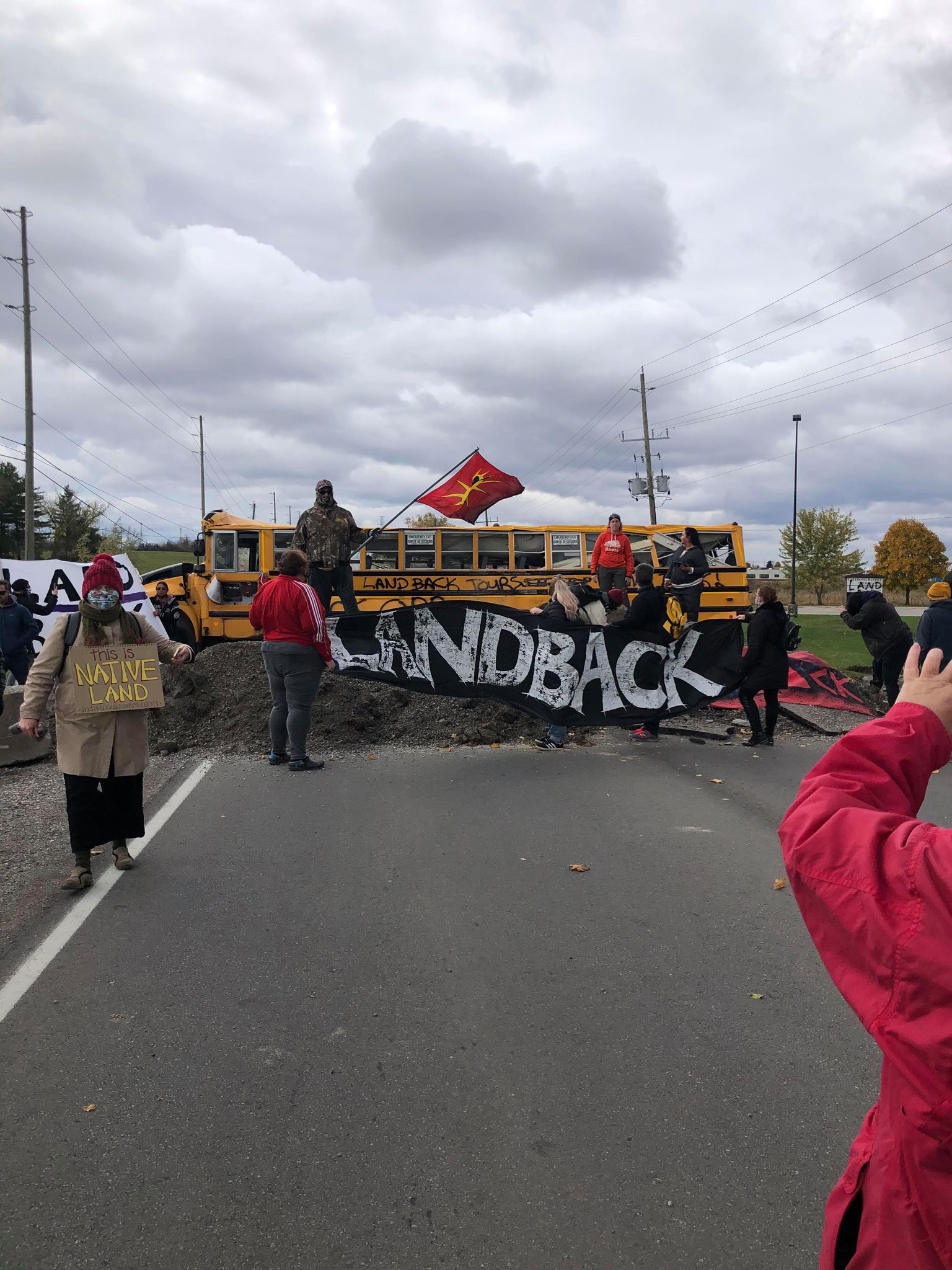 About two weeks ago, the Ontario Provincial Police (OPP) attacked people in the community while they were discussing around a fire. Rubber bullets were even shot at one of the people present, which is completely unacceptable! Then, a few hours later, a permanent injunction came into effect. That’s why they decided to reconstruct a roadblock on Argyle Street.

This must be clear: we need more people. We also need volunteers who can help build permanent structures for the coming winter, as well as materials to construct them with. If you have any questions or if you can contribute, please write to me. 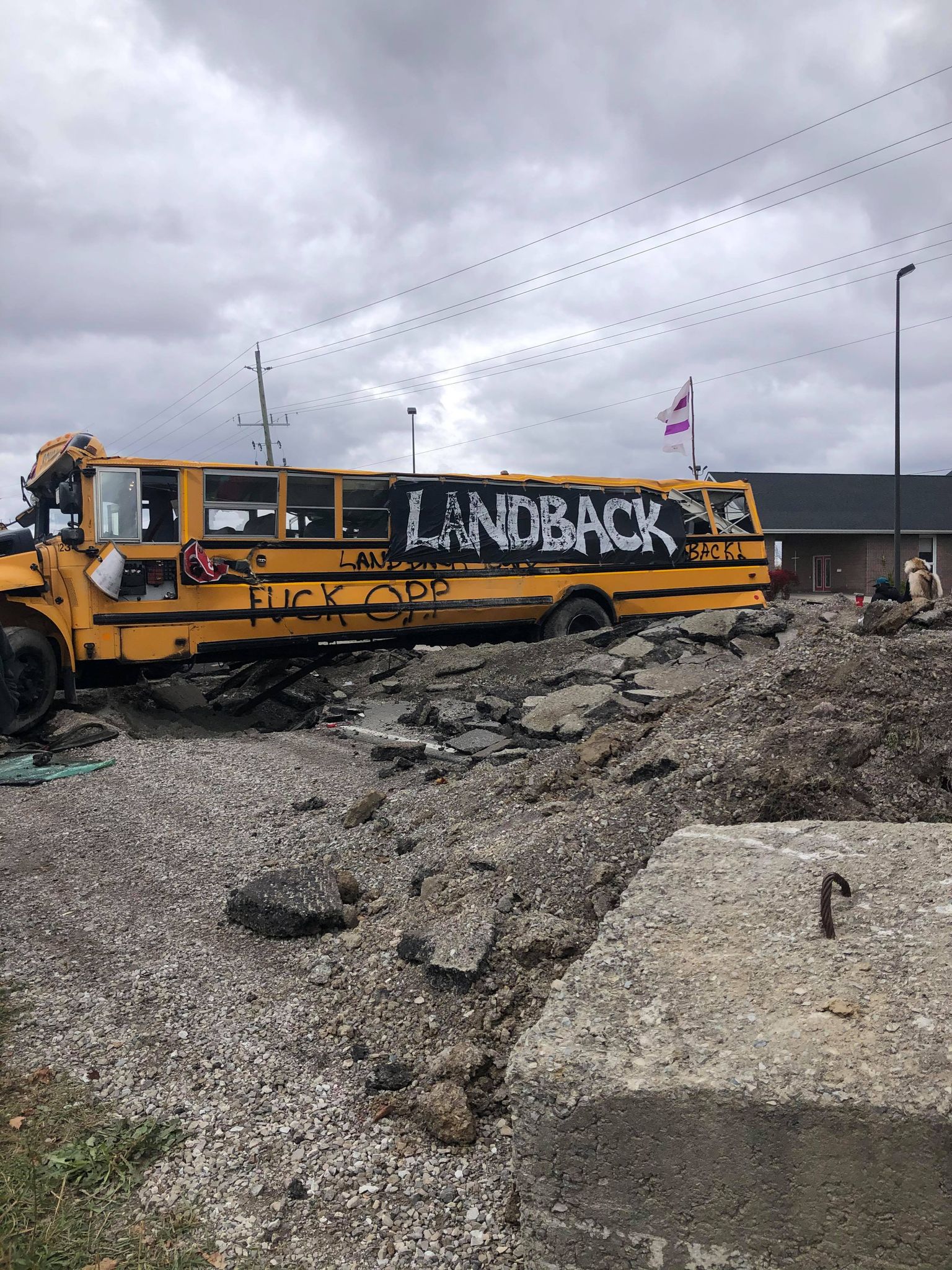